After an unseasonably warm weekend melted major amounts of our Cascades snowpack, the McKenzie once again rose out of fishable range. But in the week that followed, cooler weather led to a steady drop. On Friday, April 27th, I hit the river with my good friend, Cougar, for a look around. I’m not sure if I’ve ever fished or boated the McKenzie at or above the 11,400 cfs it was running, but it sure seemed to be the highest I’d ever attempted it. Fishing was entirely a nymphing show, and spots were few and far between. But in the areas where the water ran green and even, the trout were there. 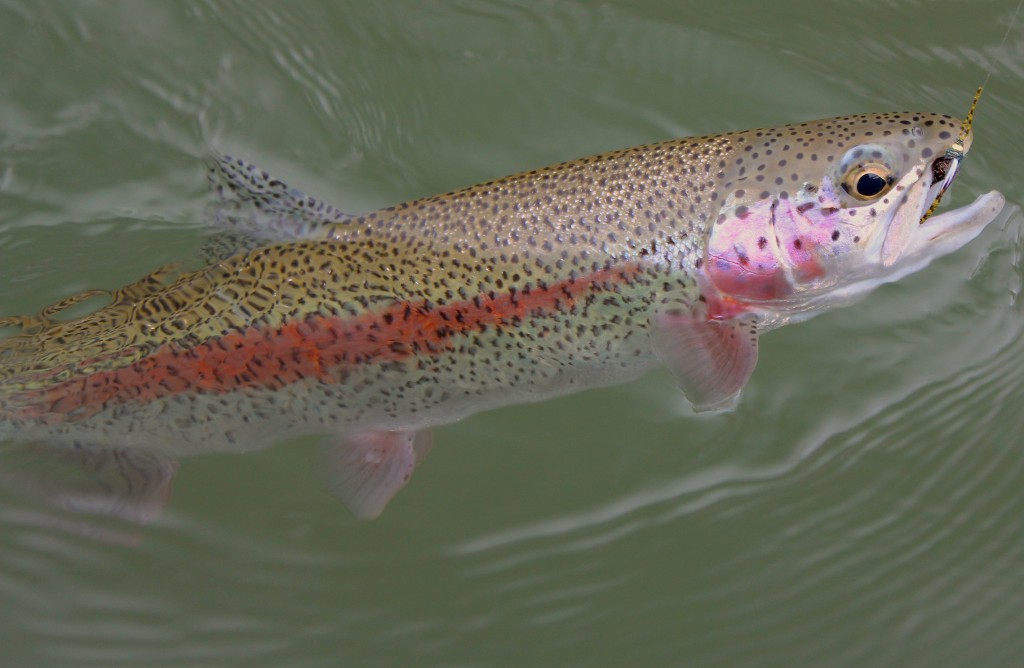 As the river has dropped over the weekend, fishing has only improved. Today saw one of the best March Brown emergences of the season, but it was scarcely noticed by any fish, judging from the lack of any surface feeding. In any case, the nymph fishing remains steady, and there are some fantastic native redsides and cutthroat on the bite. When the river flows stabilize, we should see the surface action improve. Trout season is here! 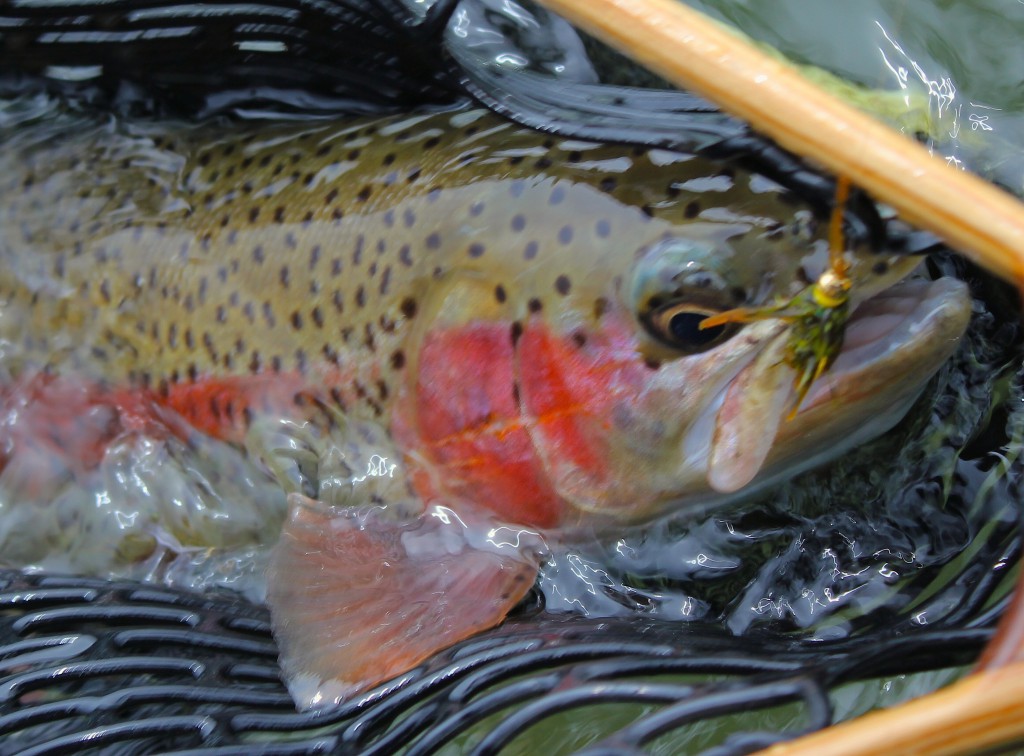