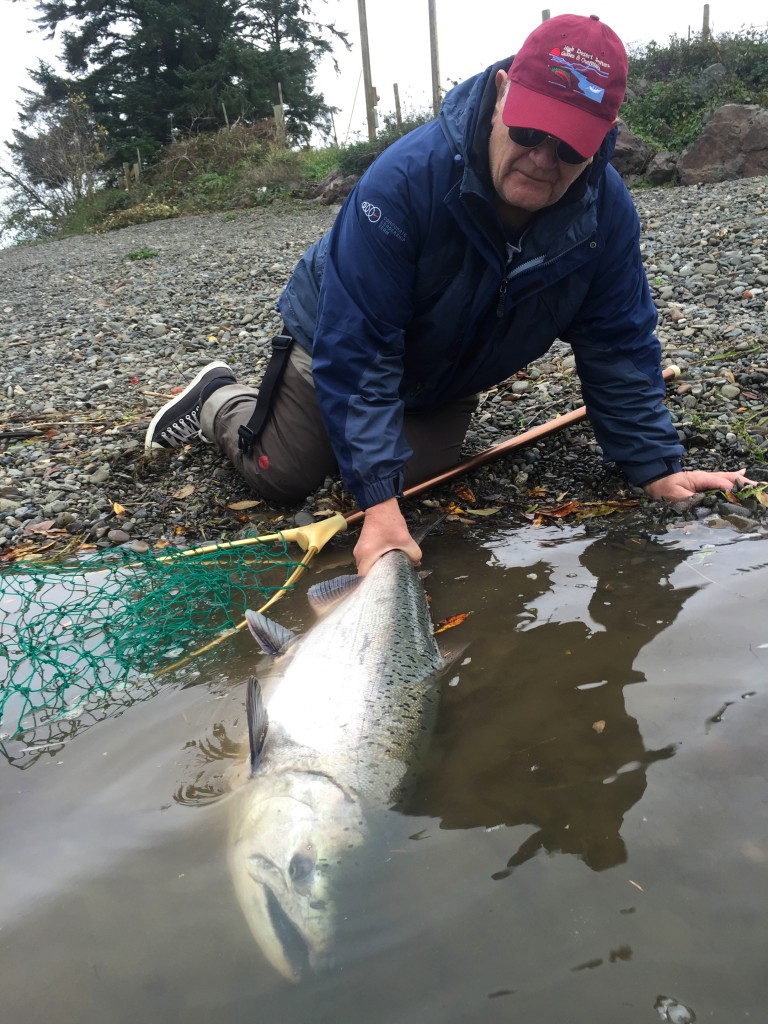 The 2015 Fall Salmon Season has been a study in extremes.  In the mild weather of late August and September, fly fairies like us spent days off getting our hands stinky down in the bays, trolling plug-cut herring for ocean-fresh chinook and coho.

As the days got shorter and the weather changed to autumnal rains, effort shifted from the bays to the rivers.  In between spates and blow-out conditions (see exhibit A, below), when the rivers turned that perfect shade of jade, kings were biting flies. 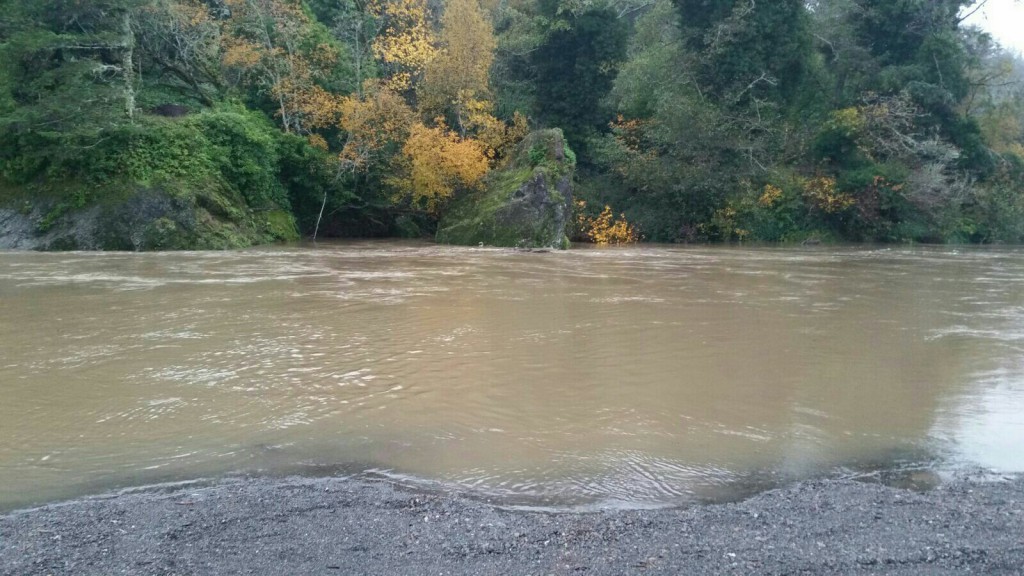 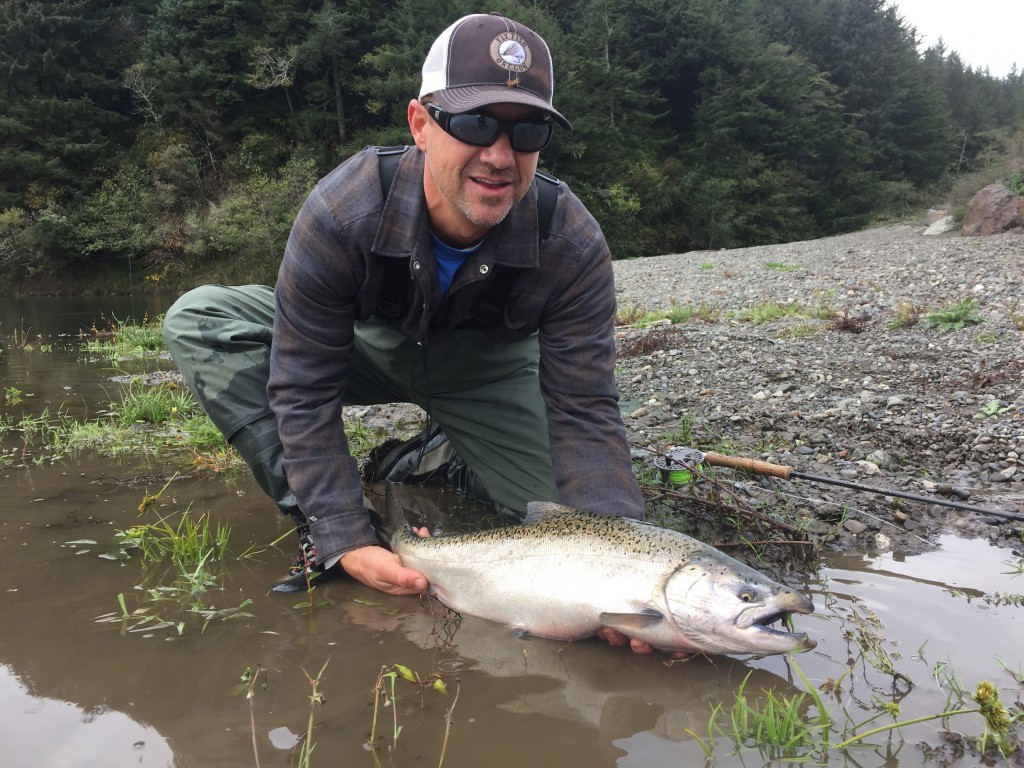 Timing is everything when trying to line up the fly-grab for tide-running Kings. When the elements align, however, the fish of a lifetime can appear at any moment.  A case in point: last weekend, Fred and I made a three-day trip during waves of storm activity that blew out many coastal rivers.  Forecasts varied enough that success would be no sure bet.  We hoped for the rain to hold off long enough for the brown waters to transition to green. Lots of time watching movies and eating bad diner food ensued.  But on our last morning, we found the rain had held off overnight, the river had dropped and started clearing.

We had the river to ourselves (more or less), the rain was light and intermittent, and for a few hours, the salmon gods were smiling.  After hooking and landing 5 sea-liced chromers, we were both tired and sated enough for a leisurely float to the take-out.  The glow of the day and a cooler full of fresh filets carried us happily through the white-knuckle drive home in torrential rain and powerful gusting winds. As the rivers blew out yet again, we were warmed by the thought of all those magnificent Kings, ascending the river and making it unmolested to their spawning grounds.

And that fish of a lifetime?  Fred let him go. Although he and Fred were a bit more tired than they had expected to be, the great fish too got to continue his journey upriver to close the circle for the next generation. 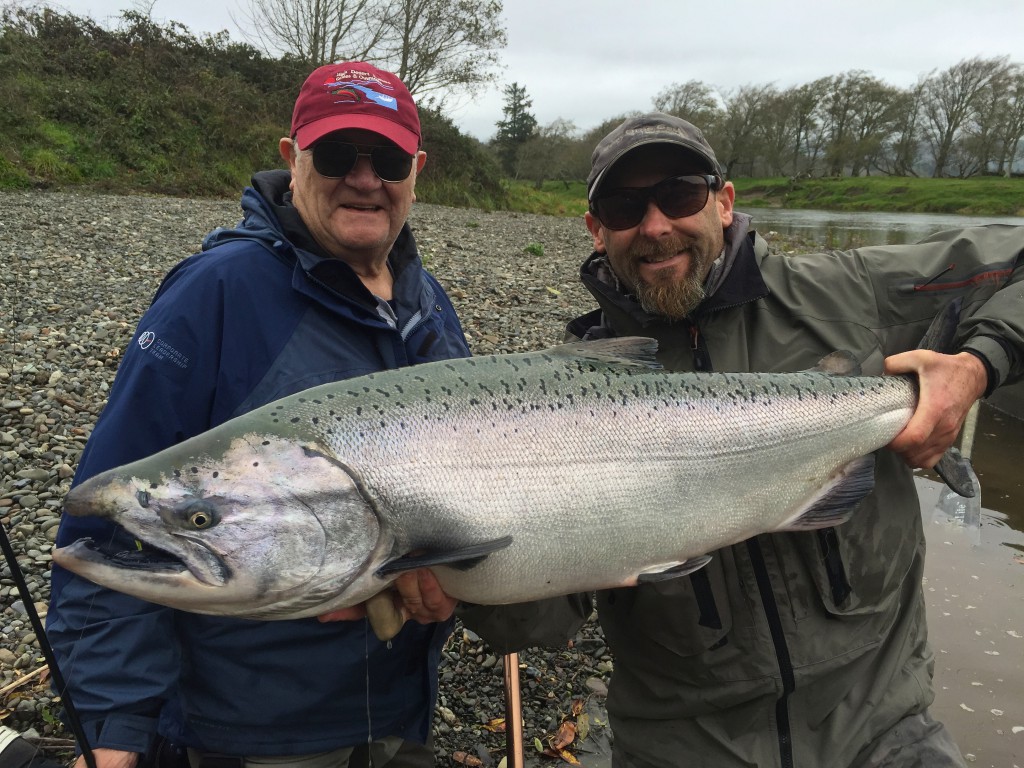